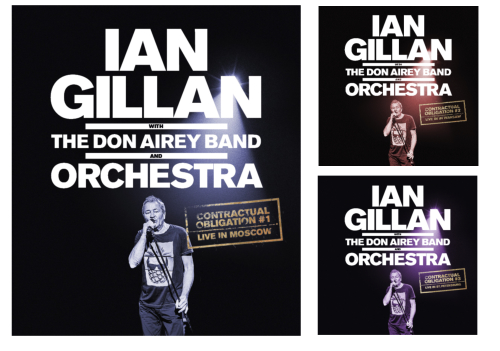 Still fresh from the success of the studio album "NOW What?!", and just a few months before the release of the latest and equally successful album "inFinite", Ian Gillan accepted the offer to tour for a month in Eastern Europe with a full rock show, accompanied every night by a different local orchestra. Gillan decided to recruit the Don Airey Band, which features the guitar talent of Simon McBride. All shows were truly unique, with Airey and McBride delivering perfect performances night after night. Deep Purple material (including rarities like "Razzle Dazzle" or "Anya") went hand in hand with Gillan solo songs and surprises for those into the deepest catalogue.

The title is a humorous reference to Ian Gillan's notorious reticence to pay any attention to his own or Deep Purple live releases (as he explains in the album liner notes). This live album and video might well be one of the nicest chapters in Gillan's solo production ever and a reminder about how great his solo music and concerts have been over the years.

Curiosity: The last Deep Purple album was named "Infinity" (which later turned into: "inFinite") during the afternoon preceding the Warsaw show that ended up being immortalized for its CD release. 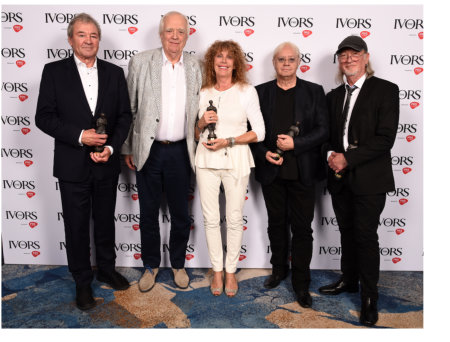 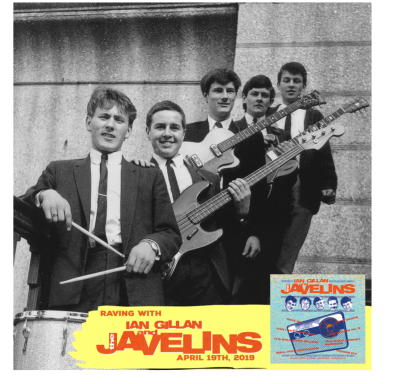 Raving With The Javelins

Last year, Ian Gillan & The Javelins took you on a journey through the 60s.

This year, we are proud to open up another very special chapter with the band. "Raving with Ian Gillan & The Javelins" was recorded in 1994 and will take you right back to rock'n'roll music at its prime, starting on April 19th.

Pre-order here: Raving With The Javelins

Order your album NOW (no delay is acceptable): HERE 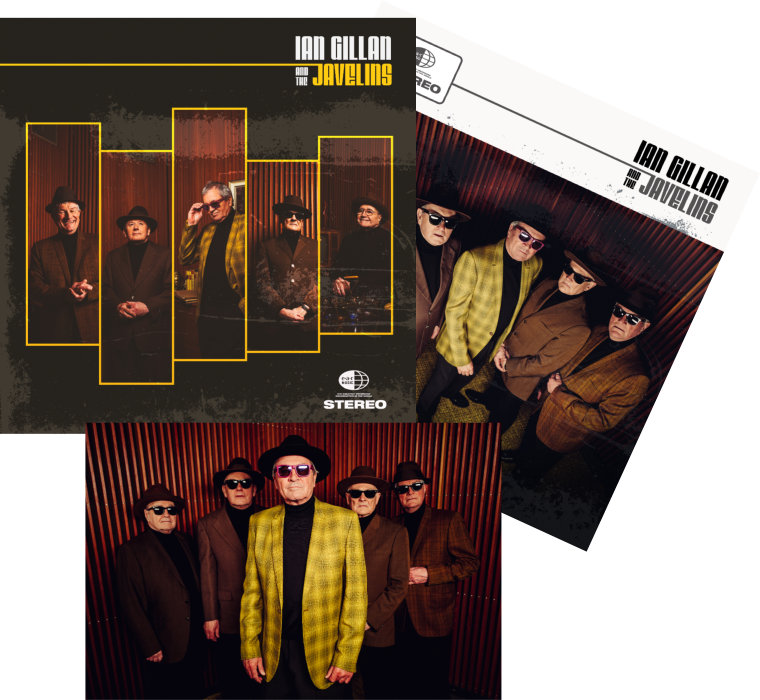 IAN GILLAN REUNITES WITH HIS VERY FIRST BAND FOR A MUSICAL JOURNEY THROUGH THE SONGS AND THE SOUNDS OF THE DAYS WHEN IT ALL BEGAN...

"IAN GILLAN & THE JAVELINS" - THE STUDIO ALBUM -
OUT ON AUGUST 31st on earMUSIC.

"In the early 1960's, you might have seen The Beatles doing Chubby Checker's 'Twist and Shout' at the Cavern Club in Liverpool, or The Rolling Stones doing Chuck Berry's 'Come On' at the Station Hotel in Richmond, and The Javelins doing Howlin' Wolf's 'Smokestack Lightning' at Wistowe House in Hayes." - Ian Gillan

Every Deep Purple true lover knows how much their magic and powerful style is the result of many different influences brought in by the single members, all merging into the powerful sound loved by millions of rock fans. Ian Gillan's love for American soul and Rhythm & Blues as well as skiffle and early rock and roll has been well documented in many articles and interviews.

Founded in the early 60s, The Javelins were influenced by Pop, Soul, Country, Jazz and Blues artists from America. They soaked up the music of their heroes, added their own stamp and went from town to town to perform their favourite songs in front of a small but ever growing audience - becoming local heroes themselves.

This was the time when Ian Gillan discovered himself, broke the chains and 'found his voice'.

The Javelins paved the way for the Ian Gillan who, only a few years later, wrote music history with Deep Purple, becoming one of the most iconic frontmen of all time and, together with very few others, shaped rock music the way we know it today. 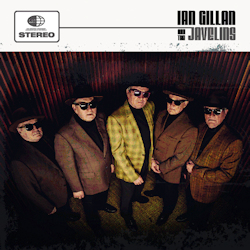 "These contemporary recordings (2018) by The Javelins are drawn from our set lists, circa 1963, when I was 18 years old. Now, a few years later, I have the privilege and joy of working with my old mates from the original group; Gordon Fairminer (Lead Guitar); Tony Tacon (Rhythm Guitar); Tony Whitfield (Bass Guitar); Keith Roach (Drums), as we make a long overdue L.P."

Ian Gillan has defined this new studio album as "a collection of catchy rhythms and feel-good melodies". This understating definition shows Gillan's ability to still look at those songs and his whole career with the same eyes of the 18 year old boy who sang them many years ago.

But there is a lot more to this recordings...
By paying tribute to music legends such as Chuck Berry, The Drifters, Jerry Lee Lewis, Ray Charles, Buddy Holly and Bo Diddley, Gillan and The Javelins have not only managed to do that.

Avoiding the use of any modern technology, the band has managed to find the spontaneity and true sense of freedom of pop and rock and roll music of 50 years ago, probably without completely realizing it themselves. One world superstar and four friends who have taken very different directions in life (none decided to "turn pro" as they would say it) but still able to capture the essence of what being a performing band is about.

This album is what happened during four days of recordings in a studio in Hamburg, Germany, where instruments, microphones, lyrics sheets and memories were the only tools allowed.

This album is not an act of nostalgia, or a celebration of the purity of the old days versus modernity. This is simply what the Javelins were in 1963... and this is what they are now, if they happen to meet in the studio, embracing their guitars and look at each other with a big smile on their face.
This is where it all started.

"Ian Gillan & The Javelins" has been recorded at the Chameleon Studios during a five days recording session in Hamburg, March 2018, Germany.

It features Don Airey as special guest on piano. 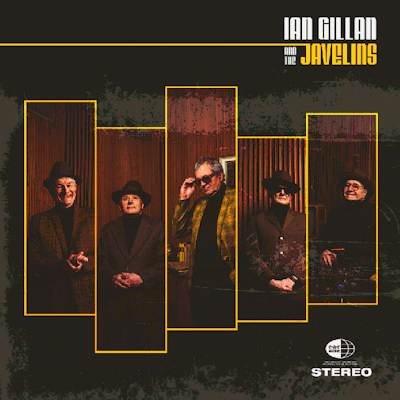 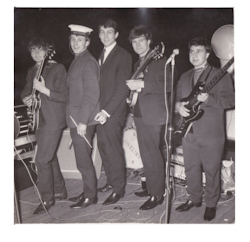 We have a new record out at the end of August, comprising songs from our old set list, by Howling Wolf, Ray Charles, Bo Diddley, Chuck Berry, The Coasters, and others of that era..............

SPECIAL: A History of The Javelins by Tony Tacon. HERE 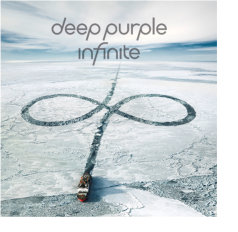 "If you take it literally you may, quite reasonably, think the 'Finite' part of the word describes the life of Deep Purple, with a clear beginning and a nebulous end; but what of the 'in' bit? The word infinite is a three-dimensional double edged sword. It describes something that goes on forever in all directions; not unlike its temporal equivalent 'Eternal' What's that all about?

Stephen Hawking declared (in 'A brief History of Time') that, before the Big Bang there was nothing. That would put the kybosh on the idea of our universe being Infinite, as he provides a starting point, which is not acceptable to the concept. So, Hawking's universe in 'Finite'; by definition; whether he agrees or not.

Ironically, he is quite wrong (scientists always are eventually), therefore the Universe is infinite, which means it will never end, and also means that it never started, and the corollary to that of course is that we don't exist.

There is a metaphysical solution to all this, but it will have to wait until the tour is over because (thanks heavens) there are only 24 hours in a day (for the time being) or 10 hours in a metric day. More on that later..." 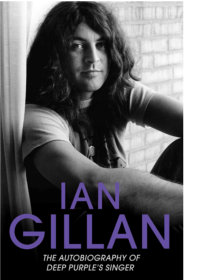 From the back cover:
"In 1970, Deep Purple burst on to the British rock scene with their hit "Black Night" and bestselling album "Deep Purple in Rock". This is the autobiography of their lead singer, Ian Gillan.

This book traces Gillan's career from his childhood in Hounslow and early days with bands such as Episode Six and The Javelins. It concentrates on the international fame he found with songs including "Smoke on the Water" and "Child in Time". His outrageous life continues with Black Sabbath and the Gillan band, with whom he toured worldwide, whilst also writing consistently bestselling albums and singles."

Ian's biography can be bought below:
Paperback edition
eBook edition 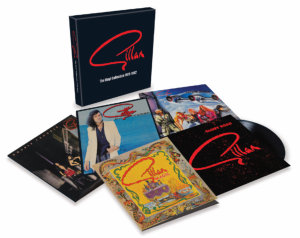 Ian Gillan was delighted with the vintage feel of the finished product: "It's a wonderful thing, vinyl... Best held in two hands and treated with respect, as you place it carefully upon the turntable. You just bought something significant, not easily disposable. And look at the sleeves" - he comments, observing one of the records - "aren't they cool. Read the lyrics and enjoy the artwork, while you are in the groove. No computers involved in the making of this music…enjoy".

The 180g heavyweight vinyl records will all be exact replicas of their first pressings; Future Shock, Gillan's highest scoring album, reaching No.2 in the UK chart, will include the same 16-page booklet as featured in its original release. An exclusive edition available via Amazon here http://smarturl.it/IanGillanExclusive will also contain a bonus 7" single for Spanish Guitar. 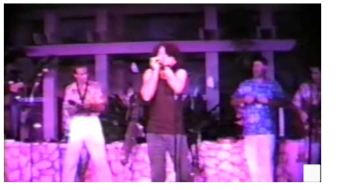 There I was, minding my own business on a diving holiday with my family in Grand Cayman in 1984 (I think; thereabouts anyway), when I bumped into Steve Jarrell and Sons of the Beach; a fine band who were performing a season of great sunshine music at the Treasure Island Resort on Seven Mile Beach.

They invited me to step up and do a 'couple of tunes' which I was happy to do and ended up with half an hour on a hand held camera which Steve Jarrell showed me when we met up again in Nashville on the DP tour 2015. He has very kindly given us permission to put it up on Caramba first as an exclusive for CTV.

CTV archive can be found here at the CarambaTV Archive.

The Parallax Effect On Long Hair

I was surprised to get an invitation to address the Institute for Cultural Diplomacy (ICD) in Berlin on 14th December 2012. It caused great hilarity in the band dressing room; Roger actually burst into spontaneous laughter; not sure if it was the cultural or diplomatic bit that set him off. Probably both.

When the director asked for the title and a copy of the speech I told him it would be entitled 'The Parallax Effect on Long Hair' and that it would be off the cuff, so to speak.

Basically it's about perception or how things are viewed differently, depending on where you're standing.

I was a little nervous to start with as it was unscripted and I'd never spoken publicly before, apart from the usual gibberish delivered on stage each night with DP before being gloriously interrupted by a drumist not known for his patience. But I did enjoy it and may do another, one day.